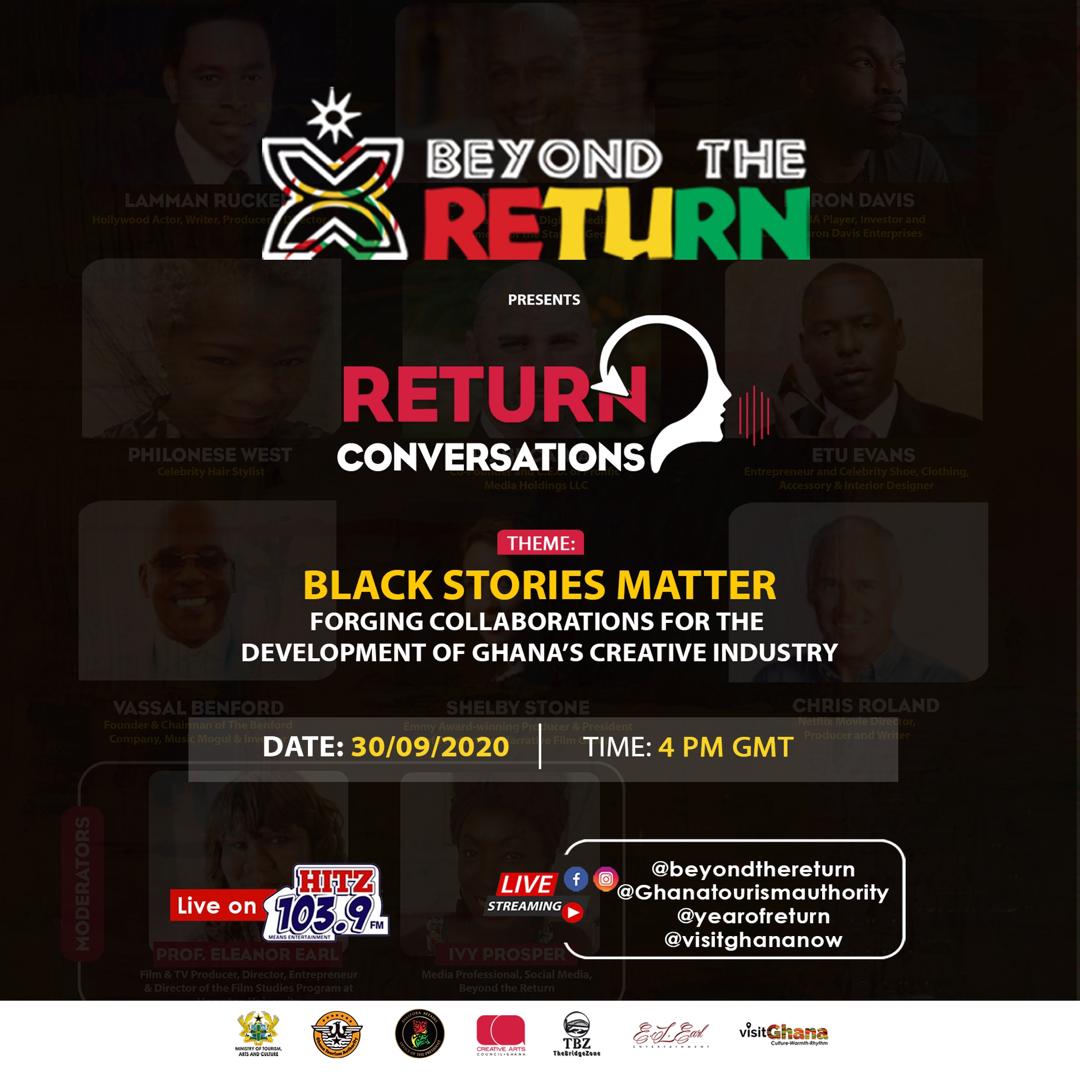 The Return Conversations, with the theme, “Black Stories Matter: Forging Collaborations for the Development of Ghana’s Creative Industry” will be streaming live on September 30th at 4pm GMT (12pm Eastern Time)

This engaging discussion is an opportunity to bridge the gap between Ghanaians and the diaspora community working in the creative industries of film, fashion, art, music, animation, and gaming.

The panel will be moderated by Film & TV Producer, Director, Entrepreneur & Director of the Film Studies Program at Hampton University, Professor Eleanor Earl and Media Professional and Social Media for ‘Beyond the Return’, Ivy Prosper.

There will be invited creatives in Ghana’s industry who will also be engaged in the conversation at a location in Accra.

Beyond The Return
Ghana Tourism Authority