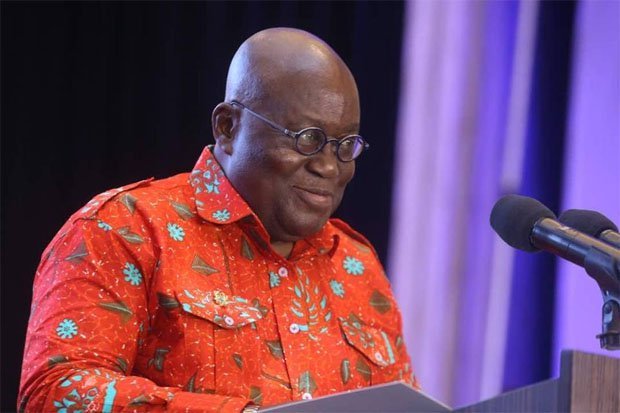 President Akufo-Addo wants Ghanaians to extend their supportive attitude portrayed towards the “Year of Return”, to this year’s “Beyond the Return” initiative.

President Akufo-Addo believes it was due to such an attitude that the year of return was a success and he wants to see same for Beyond the Return.

A statement from the Presidency indicated that, “the welcoming attitude and the warm Ghanaian hospitality proved to be the strongest attention to hundreds of thousands of our ‘kith and kin’ from the African diaspora, who thronged our shores to commemorate the year of return.

“I urge all Ghanaians to demonstrate this same level of excitement and commitment that characterised the “Year of Return,” he added.

President Akufo-Addo initiated the Year of Return to invite all diasporans back home to not only learn more but explore and even invest in the country. 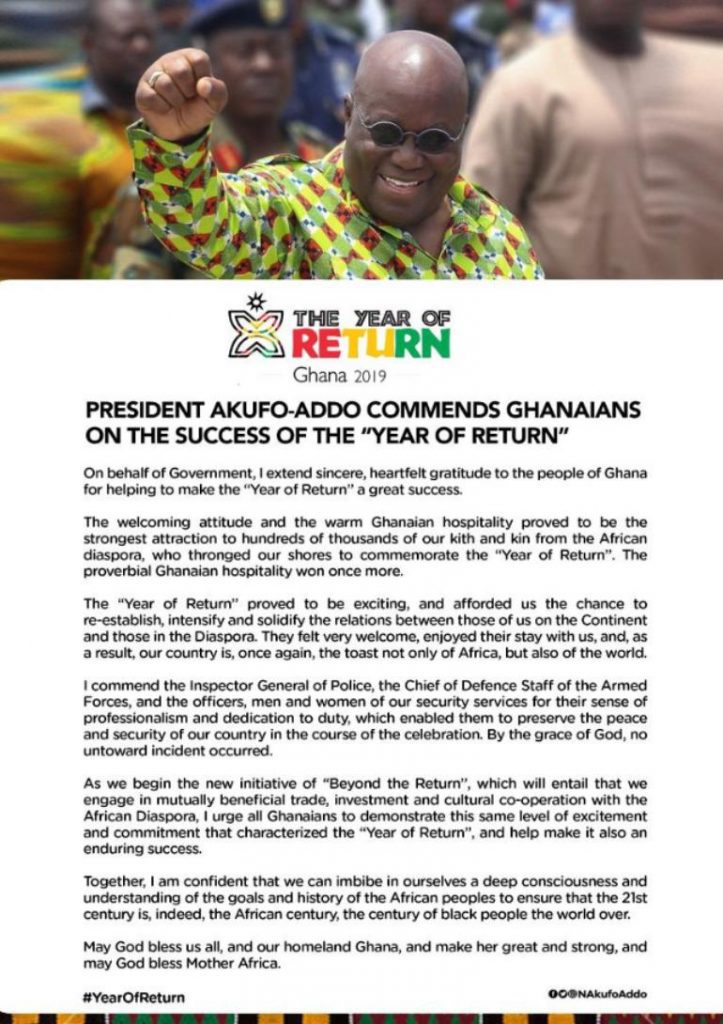 Since this initiative began many African-Americans have made their way into the country to learn more about their history. Some include Steve Harvey , Samuel L Jackson , Anthony Anderson, Micheal Jai White, Boris Kodjoe, Nicole Ari Parker, Diggy Simmons and many others.

The President launched the now “Beyond the Return” initiative as a way to continue with and solidify relations between Africans and those in the diaspora.

He said the “Year of Return’, proved itself to be exciting, and afforded Ghanaians the chance to re-establish, intensify and solidify the relations between those of us on the continent and those in the diaspora.”

He further commended the Inspector General of Police (IGP) and other institutions and persons who made The Year of Return possible for “their sense of professionalism and dedication to duty, which enabled them to preserve the peace and security of our country in the course of the celebration.”

The President also urged Ghanaians to take advantage of all opportunities that the initiative will present as this “will entail that we engage in mutually beneficial trade, investment and cultural co-operation with the Africa Diaspora.”

Beyond The Return: Wesley Snipes Says He Will Be Visiting Ghana Soon

‘Beyond The Return’ Officially Accepting New Proposals For 2020 Events