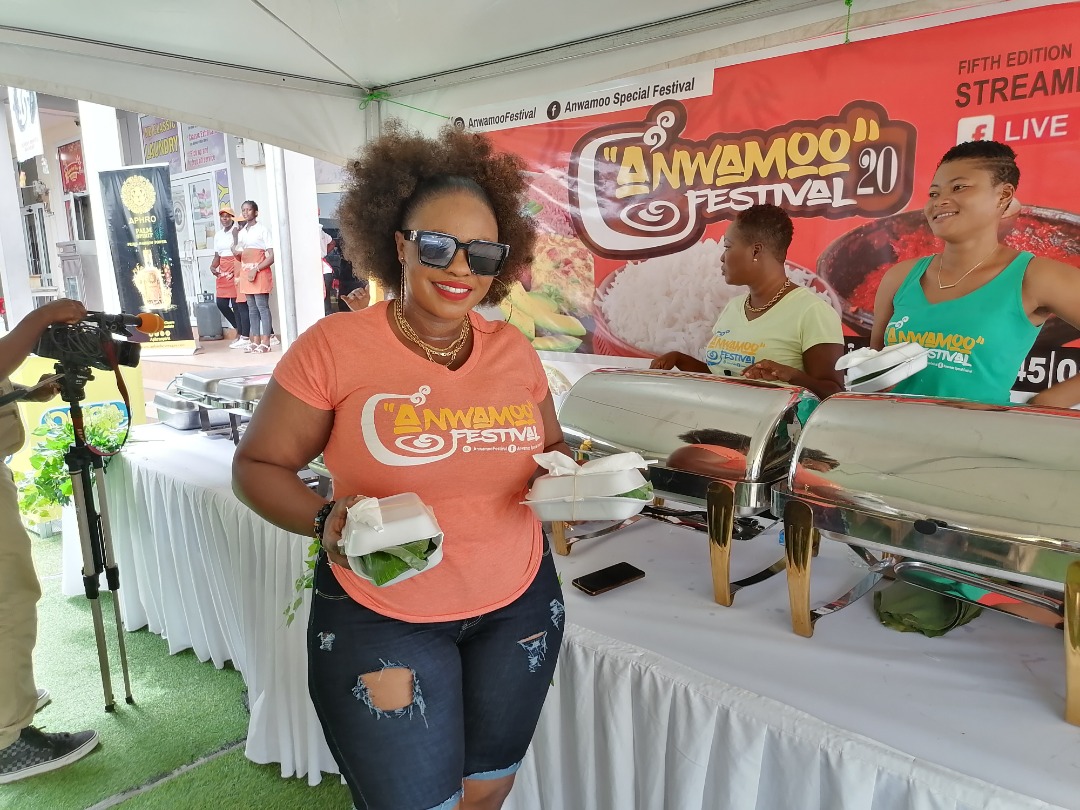 The fifth edition of the Anwamoo Festival was on Sunday 15th November at Eat Rite Joint in Dome, Pillar 2 in Accra.  This year’s edition was an official ‘Beyond the Return’ event that perfectly aligns with the ‘Celebrate Ghana’ pillar.  It was a full day celebrating good food, music and great vibes.

The festival attracted over 1000 people and was created to bring people together and encourage healthy networking especially among social media personalities and the youth to promote development. Afua Foriwaa Boafoah is the Founder of this event and she said that the team is considering expanding the event into other regions of Ghana.  She said that up until now the event has always been in the Greater Accra Region and feels an experience in another region would be great.

Maame Broni, the Media Liaison Officer of the event, said the turnout was spectacular.  It was a big surprise because she said the team feared the current Covid-19 pandemic would hinder people from coming to participate in the festival.  Nana Akua Abu Bonrah, was tasked to be the protocol officer and did the necessary things to follow Covid-19 protocols including spacing the seating, tables and providing hand sanitizer to all the patrons.

The Anwamoo Festival was a family-friendly event and all attendees were treated to free food and drinks all day.  A cooking competition between four men provided entertainment for everyone as the DJ played music throughout the day into the evening.

The men who competed in the cooking competition had a wonderful time dancing while cooking and being cheered on by their friends and family.  In the end Ebenezer Acheampong of Kwabenya, of Soccabet emerged the winner and received a number of prizes from the event’s sponsors. Kojo Shugga, who was second place danced all through the competition. Nothing kept his spirits down through the entire day.  Opoku Mastero from Xcape was third place and Kwabena Sasu of Sukura placed in fourth.

Health & Wellness With Self-Care Sunday – ‘Beyond the Return’ Edition

GIPC Hosts First Diaspora Breakfast Meeting With ‘Beyond the Return’