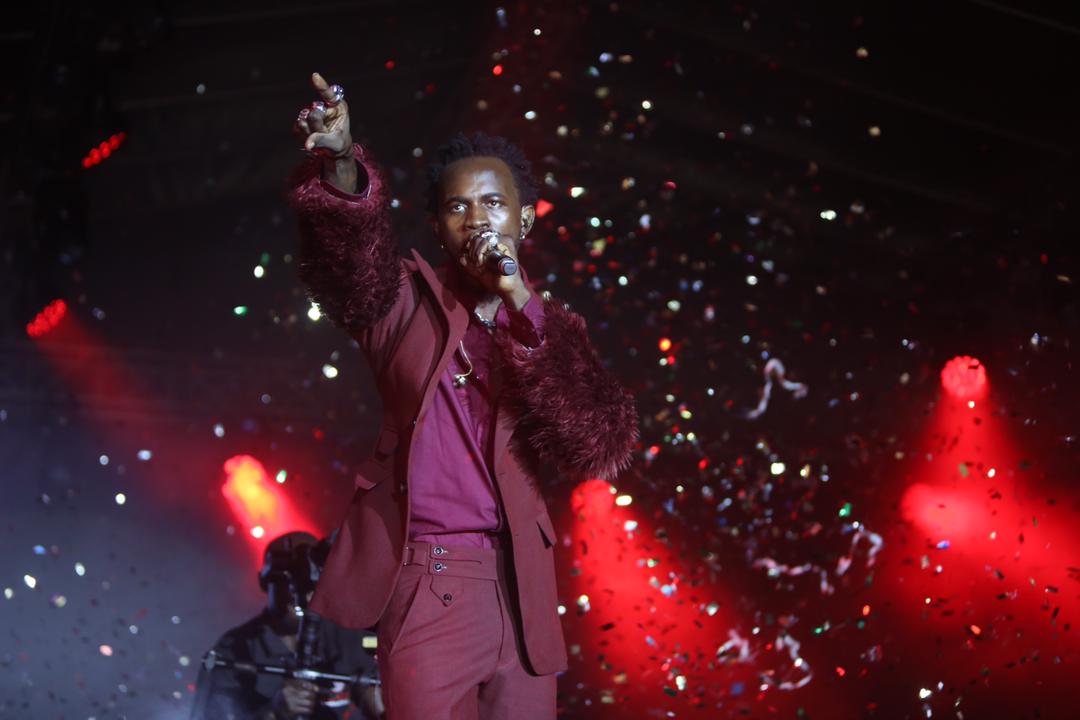 The artist himself was engaging with people hours before showtime proving how down to earth he is, despite his recent global success. The ‘Kwaku the Traveller’ hitmaker, became a global sensation when his song was number one around the world thanks to social media. His new album, ‘The Villain I Never Was’ has also garnered him critical acclaim with fans touting him is one of music’s great storytellers. With his own sense of style, he’s known to support local creatives credits local designers for the multiple outfit changes during the show.

This concert was unlike others where fans are forced to wait until the end to see the headliner of the show. Blacko, as he’s known, performed multiple times through the night. He performed in short sets that were interchanged with performances by other artists including KiDi, Gyakie, Cina Souls, Wendy Shay and Lasmid.  He delivered high-energy performances that rocked the crowd and kept them wanting more. Each time he left the stage he came back with even more energy and vigour. The crowd went wild as fireworks blazed across the stage and Sakordie came out of nowhere to join Blacko in performing their latest hit, ‘Country Side’. He wasn’t slated as one of the artists to perform making it the biggest surprise of the night.

With all the events happening as part of the December in GH activities, this was perhaps one of the most organized and well executed concerts for an inaugural event. The artist, who brought his parents to the show, is said to have plans to do the Mozama Disco Concert every year.

Third Edition of Worlafest Officially Endorsed by ‘Beyond the Return’