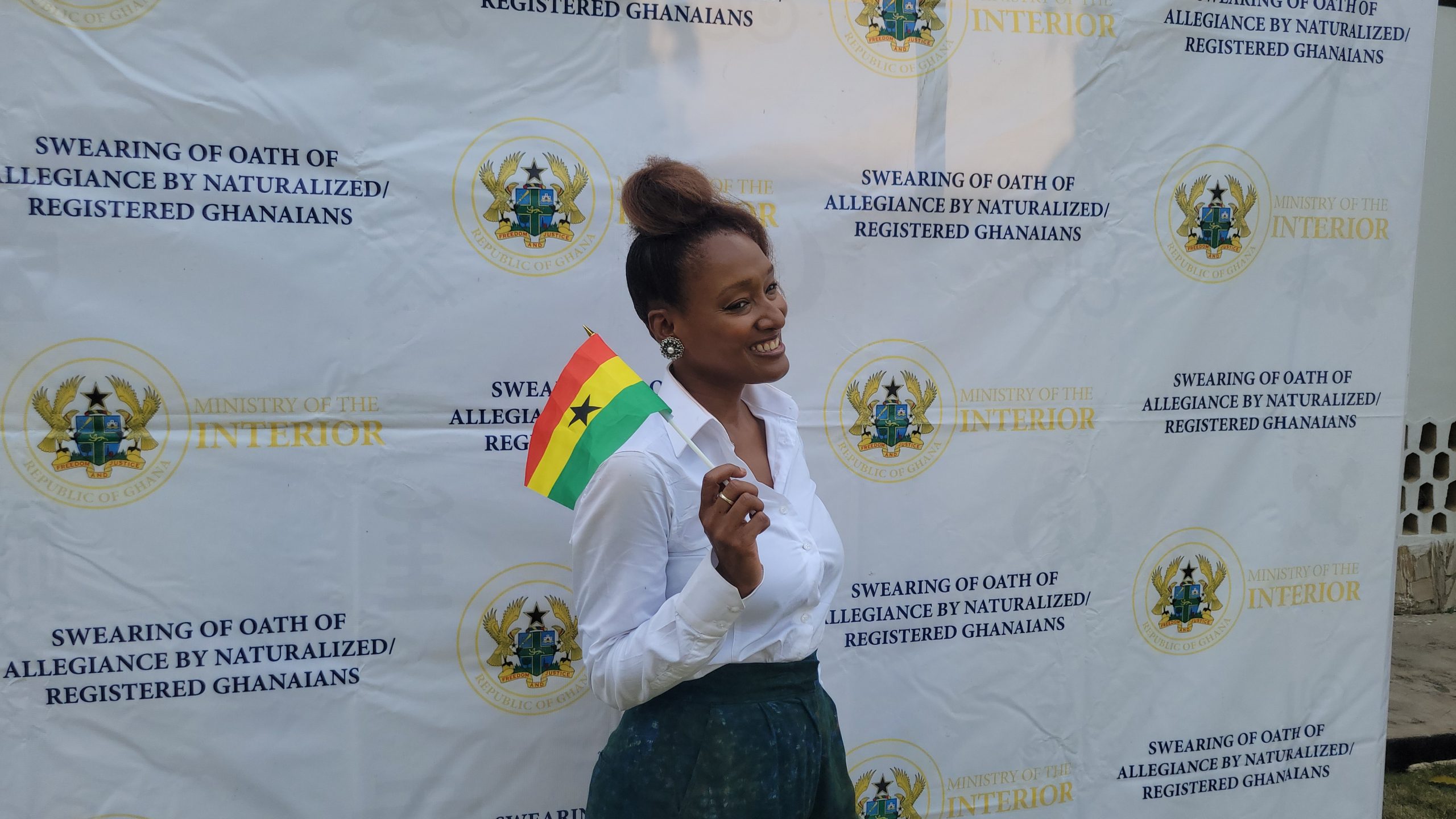 “Our people on the whole, have been so unaccepted around the world and to come to Ghana and have the government of Ghana, the citizens of Ghana, the people of Ghana open their arms to us and tell us, you belong…this is your right…it’s a blessing,” said Baba Ra El, an African American who moved to Ghana over eight years ago. He said that becoming a Ghanaian citizen was, “An exhilarating feeling, a feeling beyond words.”

On the morning of Thursday December 22, 2022 the Diaspora Affairs, Office of the President, organised the citizenship ceremony in partnership with the Ministry of Interior, Migration Unit. Also in partnership were the Ghana Immigration Services, Ghana Tourism Authority and the Beyond the Return Secretariat, who have been engaging with the diaspora since 2019 when the Year of Return invited the diaspora to come home.  There were 126 people of the African diaspora being sworn in that day.  “In the spirit and in the continuation of the Year of Return and Beyond the Return this occasion is significant,” said Akwasi Awua Ababio, Director of Diaspora Affairs, Office of the President. In 2019, during the Year of Return the President of Ghana, Nana Addo Danquah Akufo Addo also granted citizenship to those from the diaspora living in Ghana. That moment solidified the hope the historical diaspora has in making the African continent home.

“We want everyone to know that what began in the Year of Return is very much alive,” Ababio said. “There are several other African countries they could have chosen to move to, but they chose Ghana, and we are grateful for that.

Matilda Ribeiro, Second Court Judge, presided over the official swearing in of new citizens of Ghana.  Each of them shared an unimaginable sense of joy that they were now becoming true sons and daughters of the soil.  Some have lived in Ghana for many years and dreamed of this day coming to fruition.  This prophetic destiny was given to us,” said Dr. Toni Luck, who did the opening prayer and also was a recipient of citizenship.  “The African taken over ten thousand miles over treacherous waters, that promise of God to Abraham and his descendants was given to us.”

Ababio, spoke about the Homeland Return Act, which is currently in parliament, and would be the key to supporting more people from the diaspora gaining the path to citizenship quicker and with less challenges.  He implored the Migration Unit to prioritize the Homeland Return Act in order to better support the diaspora who are looking to become citizens of Ghana with ease.  “I look forward to the Homeland Act has been enacted,” Ababio said.  It will play a central role in facilitating the process when the diaspora moves to Ghana and seek ways to become citizens.

Experience ‘December in Ghana’; Official Beyond the Return Events 2021