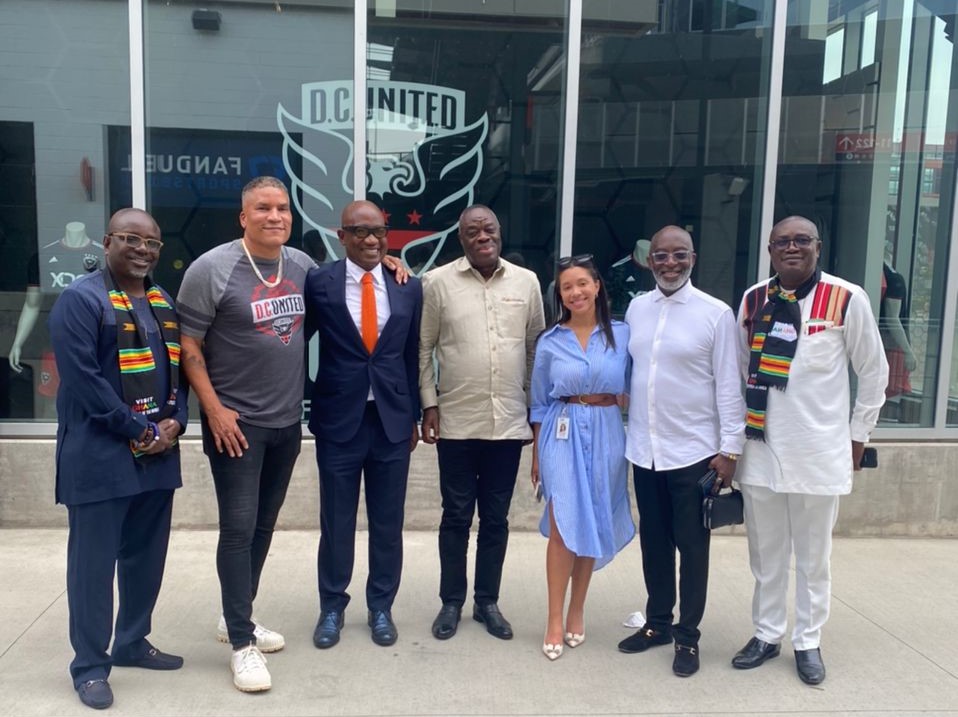 Washington DC’s professional football club (soccer), DC United has partnered with Ghana Tourism Authority (GTA) and the Ghana Football Association (GFA) to launch the Capital City Africa Cup where each year one of Ghana’s Premier League football team winners will play DC United.  The announcement was made during the Ghana Business and Investment Summit which took place at the Ghana Embassy in DC on 19th September 2022.

Washington DC is one of the key markets when it comes to promoting travel and tourism to Ghana.  With a vibrant Ghanaian and African community and a large population of African Americans who have interests in visiting the continent of Africa, this collaboration through sports is one that GTA, GFA and the Ministry of Tourism, Arts, and Culture look forward to because it brings the communities together while promoting the welcoming spirit of Ghana.

“This opportunity is a great one. It’s another level of engagement in terms of collaborating and enhancing the whole alliance between tourism [and sports],” said Mark Addo, Vice President of GFA.  He spoke on how they have shifted to work on the future of football through young people. “We’ve now been focusing on youth development by promoting youth football,” he said. This has been a passion in Ghana for many years but lacked support through official structures and monetary support.  He said that with more sponsorship they’ve been able to make focusing on youth a reality. “We look forward to you coming to Ghana, whether it’s for pleasure or investment. You can take the time to visit our stadiums and watch our teams.”

In the United States, soccer is one of the most popular sports played by young people.  In 2020 it was estimated that 17.8 million Americans played soccer.  “As many of you all know, the power of soccer is immense. It brings people together, and especially wherever you find a ball you find young people.” said Shanell Mosely, Director of Community Relations for DC United.  “We are honoured to be presenting you with our DC United jerseys. We look forward to this long relationship ahead.”  She presented the home jersey for DC United to Mark Addo. He also presented a jersey from Ghana’s Black Stars for her. “Presenting to you this, the new Black Star jersey that we’ll be using in the World Cup,” he said.

The DMV area, which includes Washington DC, Maryland and Virginia, has one of the most affluent and educated metropolitan areas in the United States. With some of the highly regarded Historically Black Colleges and Universities (HBCU) in the area; Howard University and Bowie University, the area also has one of the wealthiest black communities in America.

Paxton Baker, CEO PKB Enterprises, said the idea behind launching the Capital City Africa Cup is to “establish the city of Washington DC as the anchor to showcase talent coming out of Africa.”  He explained that the first match will be in March 2023 and will be an annual event taking place at Audi Field in Washington DC.  On top of that he said they have dubbed it “Ghana Week” in Washington DC which will include the arts, food fairs and culture.

In attendance was the Minister of Tourism Arts and Culture, Hon. Ibrahim Awal, the CEOs of GTA and GIPC, Akwasi Agyeman and Yofi Grant respectively.