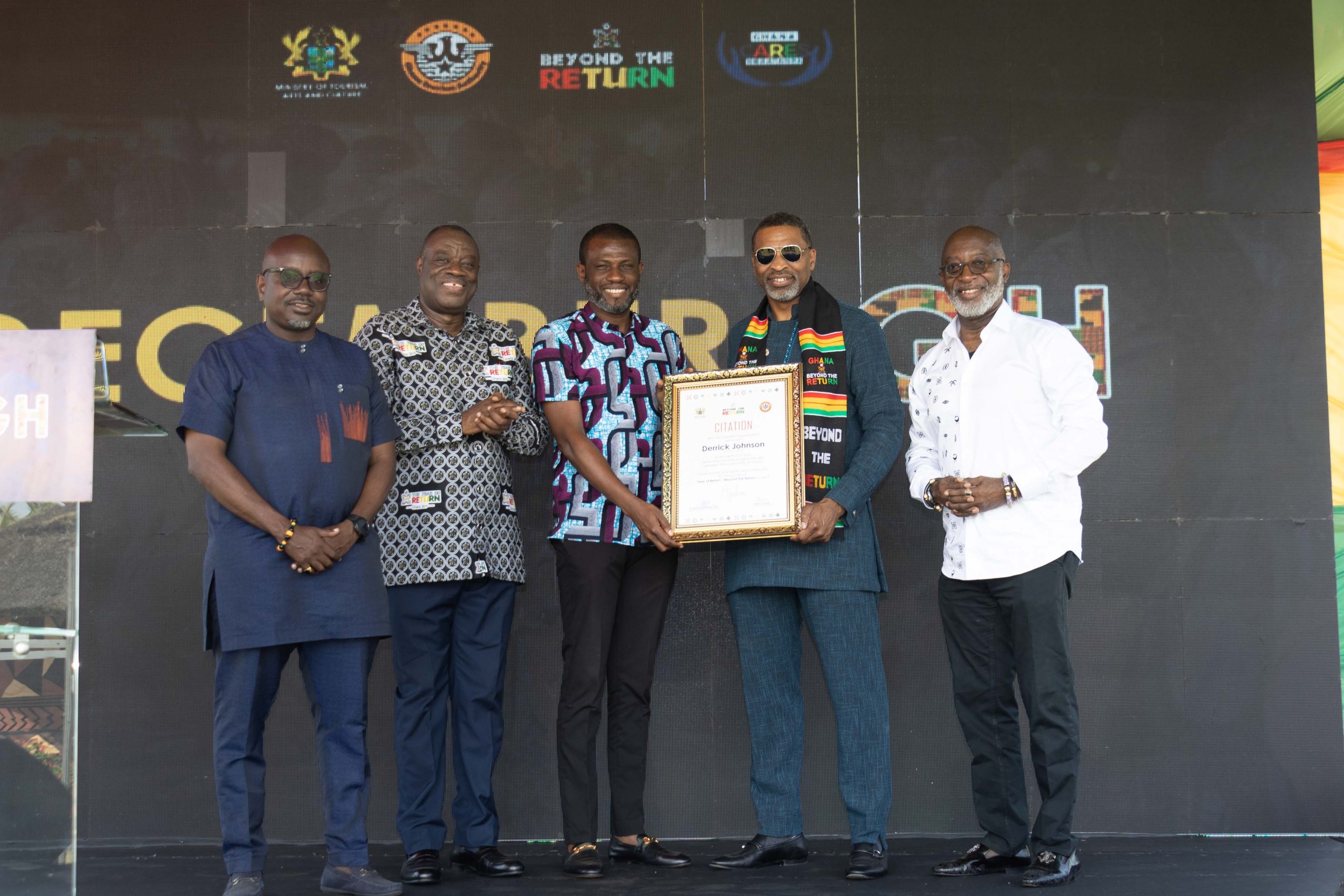 “Ghana is important to Africa, Ghana is important to the African diaspora,” Derrick Johnson, President of the National Association for the Advancement of Colored People (NAACP), said when he accepted a Citation that was given to him during the media launch of Ghana’s ‘December in GH’ campaign on 4th August, 2022. He was awarded the citation by Ghana’s Ministry of Tourism, Arts, and Culture, the Ghana Tourism Authority, and the Beyond the Return Secretariat, recognizing him for the work he has done in bridging the gap between the historic African diaspora and Ghana.

Akwasi Agyeman, CEO of Ghana Tourism Authority participated in giving Johnson the citation. “We honour Derrick Johnson in recognition of his role in bridging the gap between the diaspora and Ghana,” he said. Johnson came to Ghana in 2019 with a delegation of over 200 people to commemorate the Year of Return and the 400-year anniversary of the first documented ship of enslaved Africans to arrive in Virginia. Since then he has been working towards finding ways to stay connected and to create opportunities for the African American community to visit and invest in Ghana. When accepting his citation, Johnson referred to the economic power of the African American community and how the spending power of Black people is bigger than the GDP of Canada. “Once we link as a diaspora we are stronger,” Johnson said. “It’s through the African diaspora that we can succeed.” After thanking Ghana for all its done in helping the NAACP reconnect with the continent, Johnson made an unexpected announcement. “I want to create an Image Awards Africa in Ghana.” The NAACP Image Awards in the United States has been recognizing people of colour for their achievements since 1957. It’s exciting news to know that Johnson has plans to bring an awards ceremony that celebrates excellence to the continent of Africa.