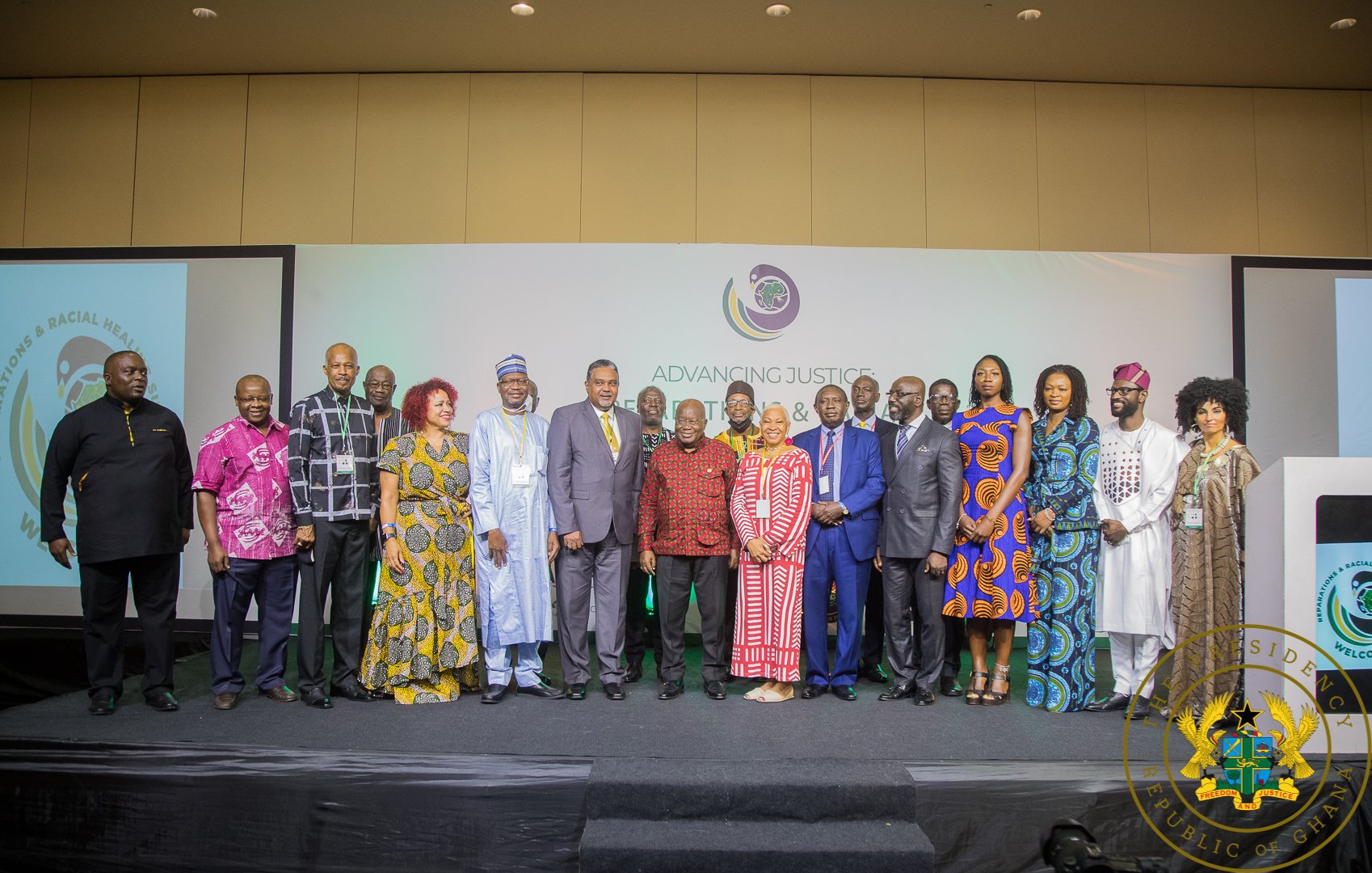 The President of the Republic, Nana Addo Dankwa Akufo-Addo, says the effects of the Slave Trade have been devastating to the African continent and to the African Diaspora, with the entire period of slavery stifling Africa’s economic, cultural and psychological progress.

Speaking at the Reparations and Racial Healing Summit on Monday, 1st August 2022, President Akufo-Addo stressed that reparations for Africa and the African diaspora are long overdue.

However, he bemoaned that fact that the subject of reparations “becomes a debate” only when it comes to Africa and Africans.

According to the President, when the British ended slavery, all the owners of enslaved Africans received reparations to the tune of twenty million pounds sterling, the equivalent today of twenty billion pounds sterling, but enslaved Africans themselves did not receive a penny. Likewise in the United States, owners of slaves received three hundred dollars for every slave they owned; the slaves themselves received nothing.

Indeed, in the case of Haiti, the country had to pay reparations amounting to twenty-one billion dollars ($21 billion) to French slaveholders in 1825 for the victory of the great Haitian Revolution, the first in the Americas and the Caribbean which freed the slaves.

President Akufo-Addo continued, “Native Americans have received and continue to receive reparations; Japanese-American families, who were incarcerated in internment camps in America during World War II, received reparations. Jewish people, six million of whom perished in the concentration camps of Hitlerite Germany, received reparations, including homeland grants and support”.

He continued, “So, it is time for Africa, twenty million of whose sons and daughters had their freedoms curtailed and sold into slavery, also to receive reparations.”

Whilst reiterating that no amount of money can restore the damage caused by the Trans-Atlantic Slave Trade and its consequences, which have spanned many centuries, the President stated that “nevertheless, it is now time to revive and intensify the discussions about reparations for Africa. Indeed, the time is long overdue.”

He, thus, asked participants at the Summit not to overly concern themselves with modalities for the payment of reparations, but, rather, work to establish, unequivocally, first the justice in the call for reparations.

“And, even before these discussions on reparations conclude, the entire continent of Africa deserves a formal apology from the European nations involved in the slave trade for the crimes and damage it has caused to the population, psyche, image and character of the African the world over,” the President added.

With the Caribbean Community, CARICOM, having taken the lead in the reparations debate, President Akufo-Addo urged the African Union to engage with “our kith and kin from the diaspora”, and form a united front to advance the cause of reparations.

“The discourse on reparations cannot succeed without emphasis on racial healing. We need to heal from the wrongs of the past in order to capitalise on the opportunities that await us in the future,” he added.