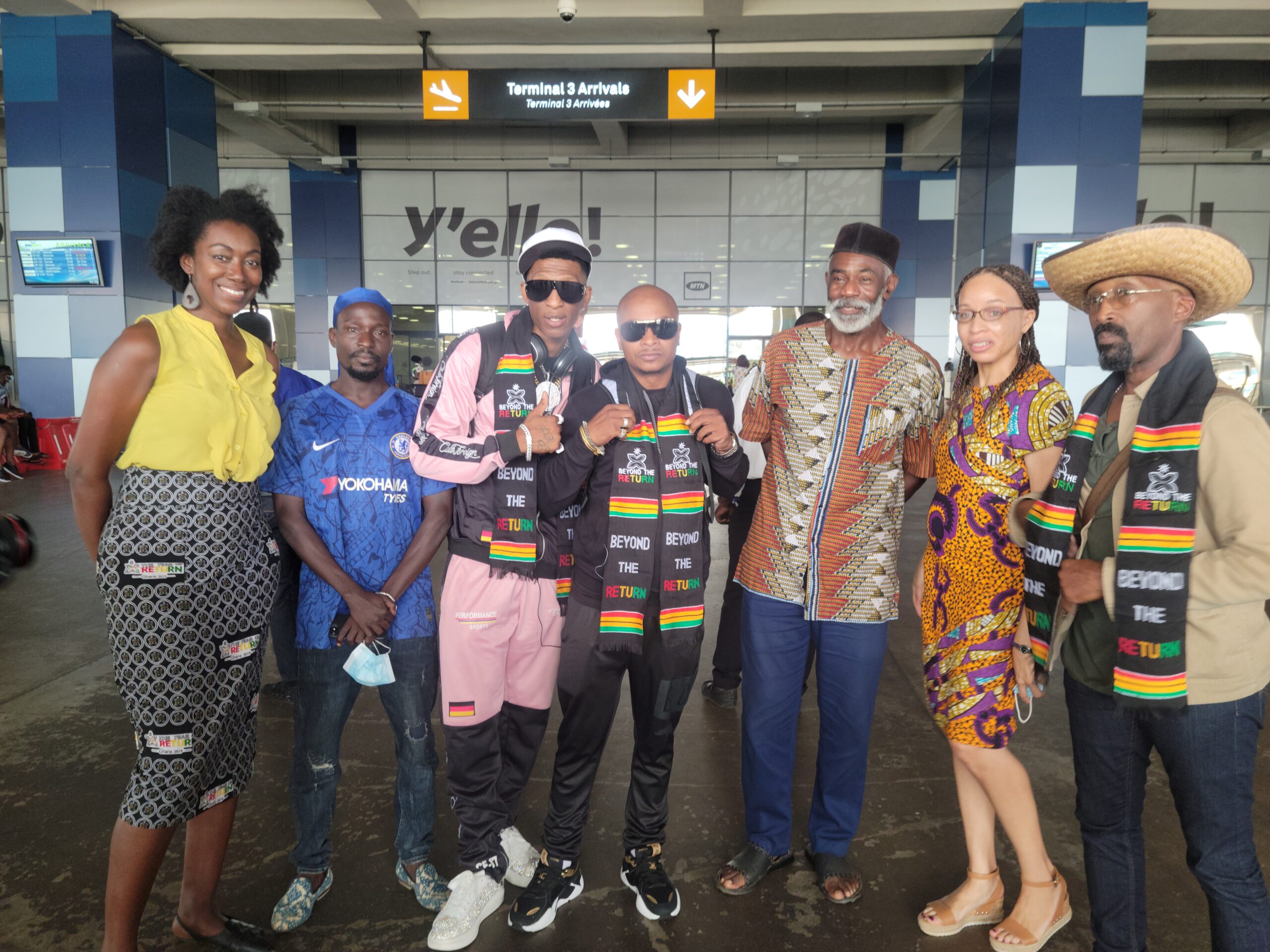 Grammy-award winning R&B group Tony! Toni! Tone! arrived in Ghana this morning. The trio is excited about exploring the country and their upcoming performances scheduled as a part of PANAFEST & Emancipation activities. “We’re so honoured to be able to return to Ghana during ‘Beyond the Return’, said the group’s founding member, D’wayne Wiggins. “The first time we came was pre-Year of Return in 2018.” Since then they’ve travelled into the country a few times to explore and connect with the local creative communities while seeking out potential business, music and investment opportunities.

The event will also launch the film, ‘Timeless’ which is Executive Produced by D’wayne Wiggins and features music by the group.  Wiggins is excited about sharing this film because it tells a story that connects the past with the present.  The film was partially filmed in Ghana making it even more important to share during PANAFEST.

Beyond the Return has been an inspiration for people in the diaspora communities to consider Ghana as a place to call home.  When asked what their thoughts were on the 10-year initiative Wiggins said, “I’m excited because I know that, in California, where we’re from, there’s more people that need to understand that we need to unite and come together and I would just say levitate, so that’s what it means to me. It’s really special.”

“I’ve been telling a lot of our people back there in the U.S. they need to come and be around our people out here in Ghana…in Accra, come back for the ‘Year of Return’ said singer Frank Stickemz.  He said it was important to align with the people.  Dyson Thesinger shared similar sentiment adding, “It’s long overdue and it’s definitely a beautiful thing that it’s finally happening, and we definitely need to promote it and push it more and get more of our people over here.”

President Inaugurates Steering Committee for ‘Beyond the Return’ Initiative