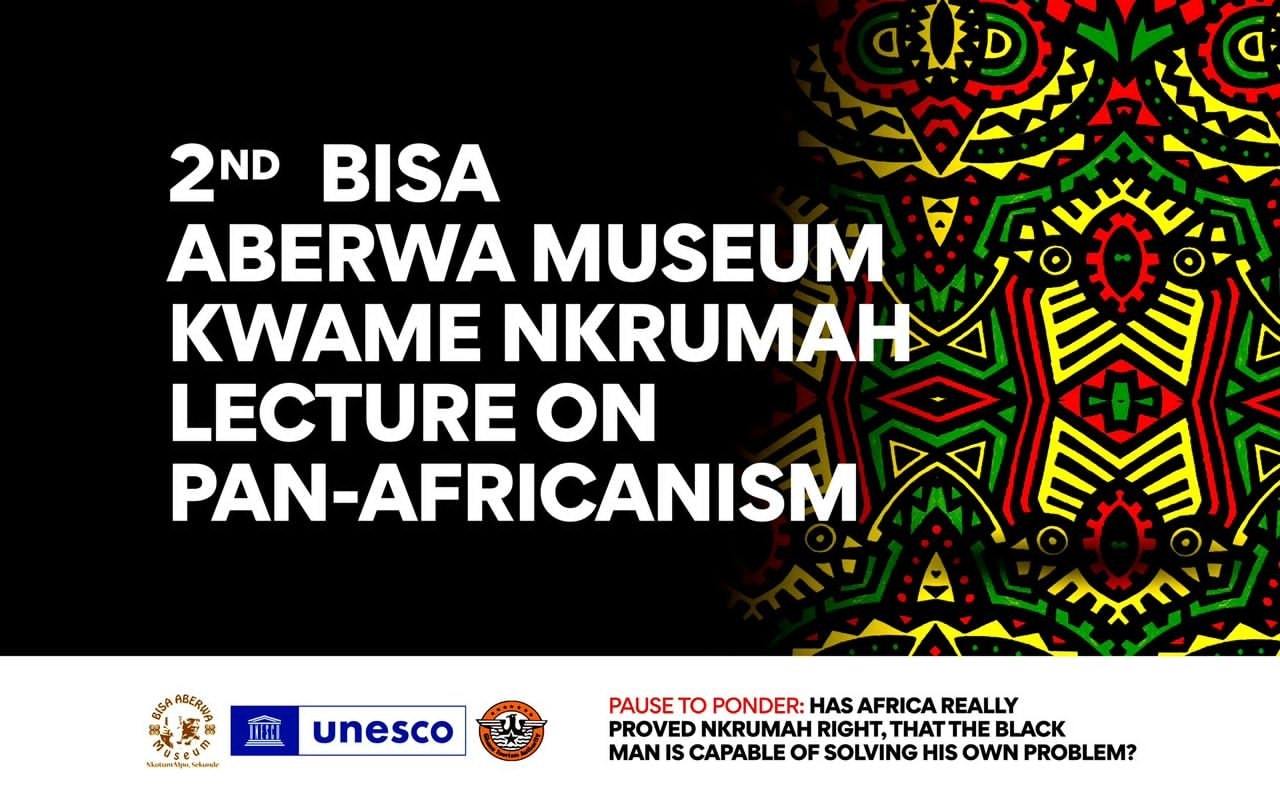 “Pan-Africanism is about us being able to work together,” declared Rabbi Kohain Nathanyah Halevi, Executive Director of PANAFEST Foundation and Head of the Diaspora Coalition.  He said that every African has a role to play when it comes to pushing up and promoting Pan-Africanism.  As the closing speaker at this year’s second Bisa Abrewa Museum Kwame Nkrumah Lecture on Pan-Africanism, he captivated those in attendance at the event who gave him a round of applause and as he finished his speech.  The annual lecture was created as an event to look at the contemporary issues that stem from the desire to strengthen the bonds between all people of African descent.

Since the times of Kwame Nkrumah, Ghana has always been known as a Pan-African nation and we’ve seen the evolution of inviting the diaspora to return home strengthen with each decade. Since the Year of Return in 2019, the ideals of bridging the gap between the diaspora and Africans has continued to grow exponentially.  Fueled by the power of social media, there’s increased awareness on the importance of connecting the dots between our brothers and sisters in the diaspora and the continent of Africa.

The theme of this year’s lecture was ‘Pan Africanism: The Obstacles’.  With a goal of encouraging all Pan-Africanists to see how far we’ve come while asking questions about the obstacles faced, the reasons for the challenges and if we are achieving self-reliance as a people.

Professor Agyeman Badu Akosa, a pathologist and former Director General of the Ghana Health Service, was the keynote speaker. He spoke about the relevance of Africa being the start of all civilization and how our people have been deeply impacted by the trans-Atlantic Slave trade, colonialism, and the continued ravaging of Africa’s resources today.  “Wealth has been plummeted out of Africa and no [dollar] figure has been put to it…it’s been deep,” he said. “W.E.B Dubois said the system is orchestrated to make sure that our brothers and sisters on the continent don’t meet our brothers and sisters in the diaspora. Because if they meet, the rest of the world would not be able to handle it,” he continued. “Despite everything that has been done to the African and the African in the diaspora we are resilient.”

Abdourahamane Diallo, UNESCO Representative in Ghana, shared his thoughts via Zoom saying that as we promote the final years of the International Decade of People of African Descent, these lectures will continue to make sure we don’t forget how important this topic is. He said that UNESCO supports African member states in reclaiming knowledge and ownership of our history. “We strongly encourage African countries to incorporate Pan-Africanism in the educational system,” he said.  “In Ghana there is a unique opportunity to teach through the heritage sites.”  He also shared that “PANAFEST and Beyond the Return are great forces in promoting Pan-Africanism and Africa.”

Rabbi Kohain Halevi has been a strong pillar in the community since moving to Ghana decades ago.  Originally from New York, he exemplifies what it means to be from the diaspora and relocate to the African continent.  His passion for Africa is one the resonates with both Ghanaians and the diaspora community; especially the African Americans who relate to his experience.  As the final speaker at the event, he said that every African has a role in pushing up and promoting Pan-Africanism. “No matter what your endeavors in life are…only thing you’ll remain in position forever is as an African,” he said. “I was born in the United States of America in a generation where people were not proud to be Black and felt they were being insulted to be called an African. The education system taught us to be ashamed.”  He shared that he was fortunate to be part of a generation that also changed their attitudes and began to empower themselves by doing things to embrace their Blackness and being African.

The lecture was an opportunity not only to discuss issues, but also to look at potential solutions.  Professor Akosa said that we need to take a critical look at our education systems.  The continent missed the industrial revolution and many opportunities for innovation.  He said we have the resource of human ingenuity in abundance and it’s something we need to capitalize on. We need to think together as a continent. Despite all our issues, “We have a continent that is still very rich.”